Most Appropriate Flowers for a Funeral 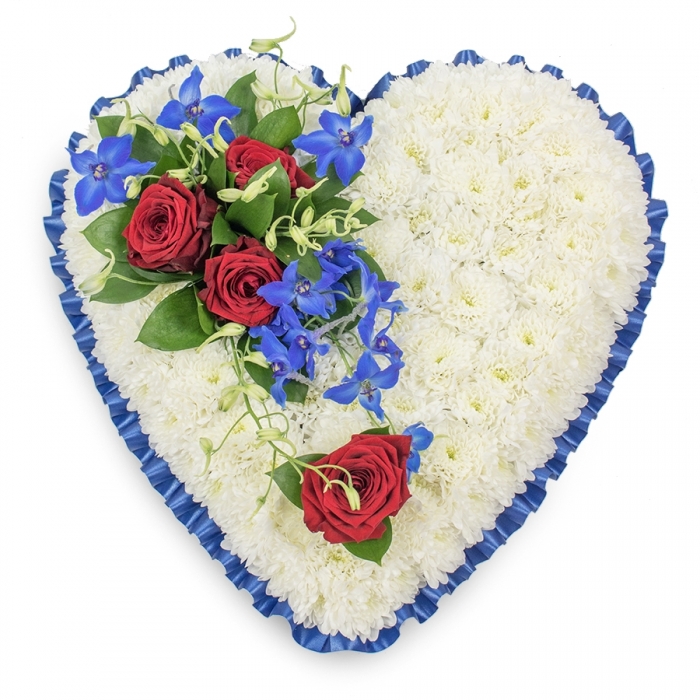 What Flowers are Appropriate for a Funeral?

In the past, there were strict guidelines regarding what type of flowers were appropriate for funerals. Often these were linked with religious or cultural traditions, and decisions were also limited by what flowers were available at the time. Today, however, we enjoy much more freedom in the flowers available for funerals, and while certain bouquets are still viewed as traditional funeral flowers, there are other options to explore when choosing a funeral arrangement. Below, we look at some of the different approaches to choosing the most appropriate flowers for funerals.

Traditional funeral flowers - lilies are often the top of the list for traditional flowers. They tend to symbolise a return to innocence after death. However, other flowers also have a historical connection to death. These include roses, which depending on the colour signify something slightly different. Red tends to suggest love and grief, yellow is often for friendship. Orchids are another traditional choice, and symbolise rebirth and make the statement “I will always love you”. Chrysanthemums are viewed as a mark of respect and honour for the dead, and as with roses, the choice of colour also affects the overall message being said. Carnations are common in funeral wreaths and sprays as they look particularly effective in close arrangements.

Flowers that honour the person who died - if the traditional range of funeral flowers does not feel appropriate to you, one of the other options is to create a bouquet that honours the deceased in a more obvious way. This can include using their favourite flowers, for example, or designing a bouquet that incorporates flowers of their favourite colour. In more advanced floral arrangements, you may also be able to ask your florist to design a wreath or bouquet that includes elements of your loved one’s life. Perhaps they had a favourite hobby or passion in life that can be incorporated into the design. This may be as simple as a bouquet that has a small ornament in it, or it could be a wreath in a design that symbolises that hobby or passion. Choosing a bouquet that showcases the life of your loved one is a wonderful way to honour them in death.

Flowers that symbolise your relationship - alongside designs that honour the individual, many people now also seek designs that symbolise their relationship with the deceased. The most common example of this is in funeral tributes that spell out the deceased’s role in your life. For example, many tributes form words such as ‘Mum’, ‘Dad’, ‘Grandad’, ‘Grandma’ and similar. However, not all tributes need to spell out a word, you may decide to opt for a more subtle approach. It can be a powerful way to pay tribute to someone who has passed and what they meant to you.

Flowers that have been requested by the family of the deceased - less commonly family members may request specific flowers be delivered to the funeral. Alternatively, they may request that no flowers be sent, and that money is donated to a charitable cause instead. In this instance, it is considered most appropriate to follow the wishes as expressed by the deceased’s family.